Have you ever been to a Human Library?  Here you can check out Living Books, and on Saturday I did just that. The Salt Lake County Library System gathered a variety of people, i.e., books who were willing to share their life experiences and brought them together with readers who wanted to hear their stories. 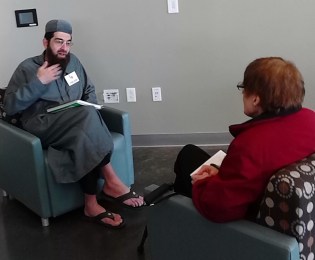 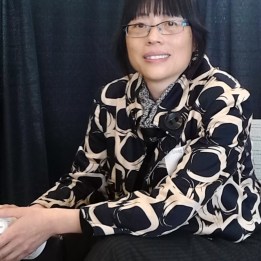 I chatted with a retired soldier who had been involved in every American conflict since Viet Nam.  One man, a Muslim, told of being raised in apartheid South Africa, and another who was known as the Tom Brokaw of Iraq, recalled fleeing for his life after speaking up one too many times. I talked with a woman about the terror and the joy of escaping a life of polygamy, then discussed educational theory with a non-tiger Mom. There was an urban farmer, a polio survivor who climbed mountains, as well an author, a songwriter an artist,  a member of the LGBTQ community and many more. 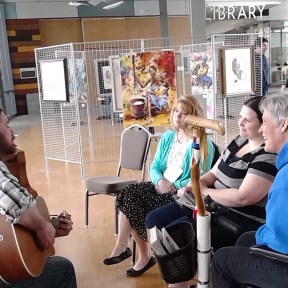 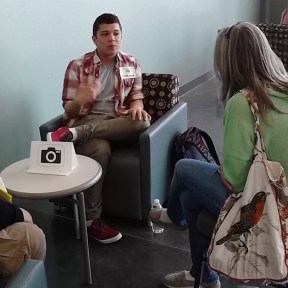 The Living Books festival originated in Denmark in 1993. The city had experienced a strong societal shift due to a large number of immigrants,  and the new and old members of the population were not getting along. The first Human Library was aimed at giving people a chance to sit down together as neighbors. It was an opportunity to break down barriers and prejudice, and it serves the same purpose today.

“This event gave people a chance to talk with someone they wouldn’t ordinarily meet,” said the Imam of the Salt Lake Islamic society. “When you bring people from opposite ends of the social and political spectrum together in a  non-judgmental setting, a lot good can come of it.”

“We’ll do this again next year,” said Liesl Seborg,  coordinator of the event.  “Hopefully everyone will come back and bring their friends.” And that’s what it’s all about – friends.  The people who attended today have some new friends to show for it, and judging by all the animated conversations and smiling faces, the event was a great success.

DON’T JUDGE A BOOK BY ITS COVER 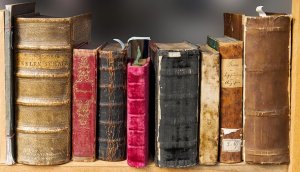 1 thought on “A Different Kind Of Cool Library”