I live in Oregon, Oregon’s my home. I love the trees the hills,
the places I have roamed . . .    Song by Black Hawk County

I’ve never stopped missing Oregon. My husband and I who hail from Portland, have just returned from our annual pilgrimage there to visit friends and family. John and I are both from NE Portland and love to spend time revisiting our former haunts. It’s always fun to wander the halls of the old schools – Madison Hgh, Clackamas, and Jason Lee Elementary – which played such a huge part in our lives at the time but now seem tiny and insignificant. Old neighborhoods are familiar yet different, not to mention the weirdness of driving past childhood homes now occupied by strangers.

The most excellent tunnel. Must honk all the way through

A fun hike and a beautiful drive, one of our favorite places when growing up was Rocky Butte.  Bigger than a hill, but definitely not a mountain, you reach the top by following a twisty road that circles to a lovely lookout area.

The road, rock walls, and lookout point were built during the 1930s, the result of a WPA project which employed people during the depression.  The eagle’s nest observation point offers a panoramic view of the Portland area, including the Columbia River, Portland airport, and on a clear day, majestic Mt. Hood.

The lookout is lighted now but wasn’t always that way. At one time this favorite teen hangout was home to shadowy secret meetings and midnight trysts.  My husband recalls a football game played in the pitch dark which, due to lack of visibility and rocky ground, sent 3 players to the emergency room. The best part of Rocky Butte is the tunnel through the rocks.  Don’t forget to honk and blink your lights.

Roseway Theatre – They don’t make ’em like this anymore. 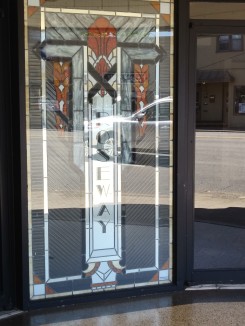 Next on the agenda was the Roseway Theatre on Sandy Boulevard. This walk down memory lane was constructed in 1924 and has operated continually since then.  It’s gone through a variety of owners and stands as a monument to days gone by.

The Roseway is a little gem and the real thing as far as movie houses go. It’s not often you find a stand-alone theatre these days. The interior hasn’t changed much since grade school when we’d buy packets of summer movie tickets for cinematic classics like Pinocchio in Outer Space, and the Love Bug. The only disappointment is the balcony which is now closed due to fire codes.  In spite of the lack of make-out seats, my husband and I spent a fun afternoon munching popcorn and watching Toy Story 4.

A sight that never gets old.

No trip to Oregon is complete without a visit to the coast.  A two-hour drive from Portland takes you to one of the most beautiful areas in the world.  Our favorite haunts are Cannon Beach, and neighboring Manzanita, but equally fun is to drive south, stopping at Rockaway, Lincoln City,  and Depoe Bay, eating at Mo’s and visiting antique shops along the way.

Cannon Beach is probably the King of the touristy enclaves. It’s packed with souvenir shops, kite stores, craft boutiques, and art galleries, all ranking high on the cuteness scale.  Cannon is also the most expensive place to stay, and home to lots of tacky beach-themed restaurants but hey, it’s all part of the fun.  A great time to visit the coast is during Lincoln City’s kite festival in September. 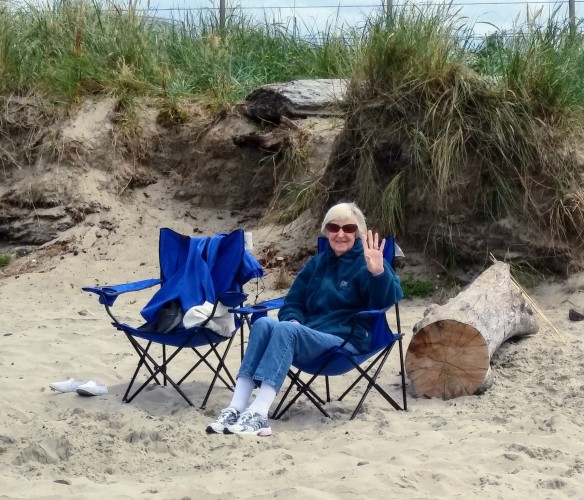 My Mom had a front-row seat to the greatest show on earth. 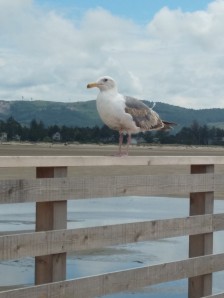 Our next stop checked an item off our bucket list. For years we’ve driven by the Columbia Gorge Hotel and dreamed of staying there.  This historic edifice in Hood River Oregon was constructed in 1921 and was originally popular with river travelers. The boats transporting people up and down the river would indicate the number of hotel guests onboard by blasts of their horns. By the time guests made their way up from the pier, their rooms would be ready and waiting.

This is a lovely old building with beautiful grounds and views of the river.  The one drawback is the rooms which are pricey and small. The attraction here is the history and the ghosts of a bygone era.

When the fun was over, we headed home to Utah where we fell happily into our old routine.  The best thing about wandering is pulling up in your own driveway and fending off the dog who has missed you more than your own children.  Happy travels everyone.

To read more about reminiscing try this post.
That Feeling of Being at Home  – I loved this post. MC Whispers really knocked it out of the park with her description of going home.

*Song – Oregon, I Can’t Go Home, by Black Hawk County
A haunting ballad, written in 1974 to call attention to the plight of a young Oregonian serving a life sentence in Turkey.  Here’s the rest of the story:
http://www.salem-news.com/articles/april062009/oregon_song_3-31_09_.php

11 thoughts on “Adventures in Oregon”